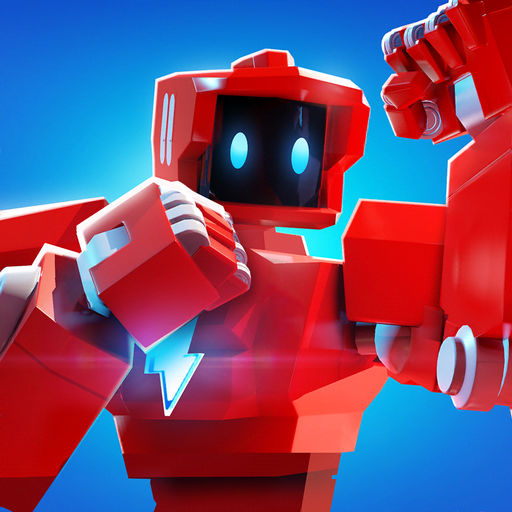 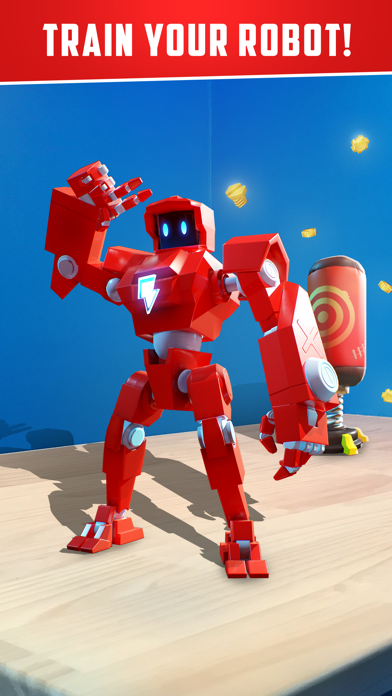 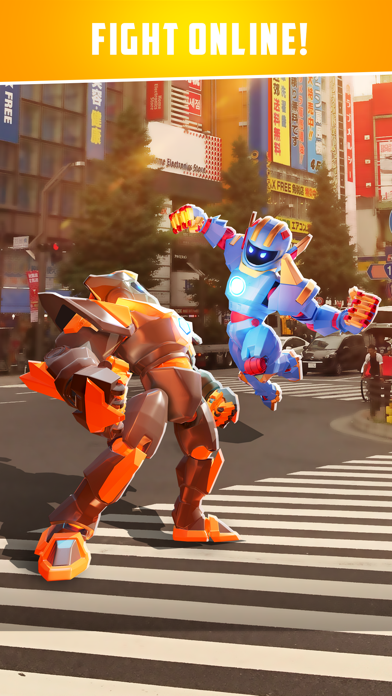 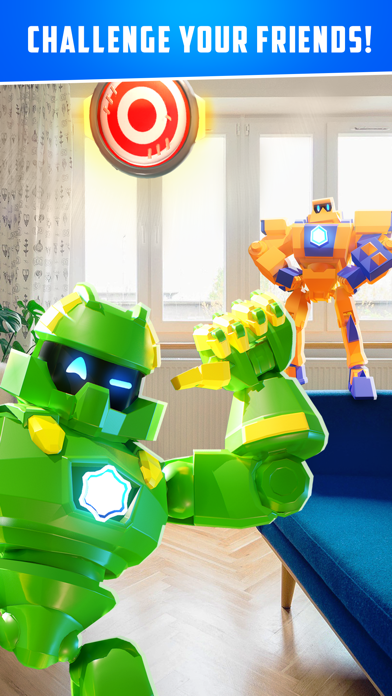 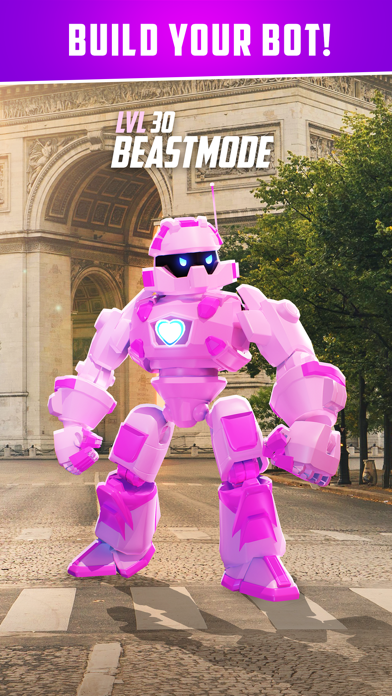 Build your bot, Train them up and Battle online against your friends in AR Robot, the ultimate fight for robot supremacy.

Following up from the success of PlaySide Studios’ 2017 AR hit pet simulator, AR Dragon, AR Robot gives you the power to create your own virtual robot fighter and send it into battle in an all new augmented reality experience.

Take on friends locally in a shared space or duel enemies online in a fast and furious battle to become the world’s greatest robot warrior!

CUSTOMIZE YOUR BOT
Over 100 million possible combinations! Choose from over 90 unique robot parts, 60 paints and a range of power cores to create the bot you want.

UPGRADE SKILLS
Train your Strength, Defense and Precision in 3 unique mini-games that help increase your skills and upgrade your robot to be a true mechanical warrior.

FIGHT ONLINE
Battle bots and climb the ranks, enter new leagues and fight players from around the world. Strategically deploy over 70 special abilities that will give you the edge in battle.

BATTLE FRIENDS LOCALLY
Enter a common virtual playspace with friends using ARKit 2.0’s Shared Experiences and use your own devices to set your robots against each other. Find out who has the right moves and the training needed to become the champion.

PLEASE NOTE:
AR Robot is free game. However, some extra items can be purchased for real money.

SUBSCRIPTION TERMS AND CONDITIONS:
VIP Subscription offers a weekly subscription for $9.99 after a 3 day free trail. Upon purchase of this subscription, you will immediately receive: 1 Legendary Robot, 1 Exclusive Robot, 5 Exclusive paints, Unlimited Battery, 2x exp/currency earnings from training/battle. Your subscription automatically renews. The payment is charged to your iTunes Account upon confirmation of purchase. unless auto-renew is turned off at least 24-hours before the end of the current period. Your account will be charged for renewal at the price listed within 24-hours prior to the end of the current period. Subscriptions may be managed and auto-renewal may be turned off via Settings > App and iTunes Stores > Apple ID > View Apple ID. Any unused portion of a free trial period, if offered, will be forfeited when the user purchases a subscription to that publication, where applicable.