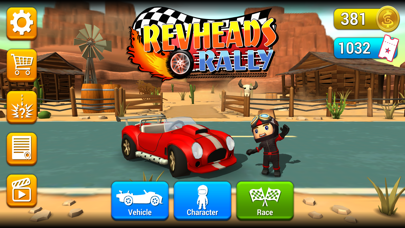 After we’ve seen Phil Faily test his luck on cars and motorbikes, we take a glimpse into the life of an Ancient Faily!

While hunting for some dinosaur eggs you disturb a mighty volcano and are tossed down the side of the mountain. You are forced to keep ‘tumbling’ down the mountain avoiding obstacles and hazards in order to remain ahead of the pursuing lava flow.

In this physics based ragdoll game you must manoeuvre your way through various hazardous environments such as lava, water and clifftops, resulting in a hilarious experience.

From the developers of the Worldwide No 1 Hits FAILY BRAKES and FAILY RIDER comes FAILY TUMBLER!

FEATURES
• NAVIGATE downhill as far as you can go avoiding obstacles along the way
• AVOID lava, cliff edges, man-eating fish and whirlpools
• COLLECT your glider and soar above the hazards
• DESTROY obstacles with you shield
• COLLECT coins as you go
• UPGRADE your character’s skills and powers
• UNLOCK unique costumes and gliders
• RECORD gameplay and share to YouTube, Facebook or Instagram
• ENDLESS fast paced gameplay
• ENDLESS hilarity
• ENDLESS fun!