Fighting Fantasy: Blood of the Zombies 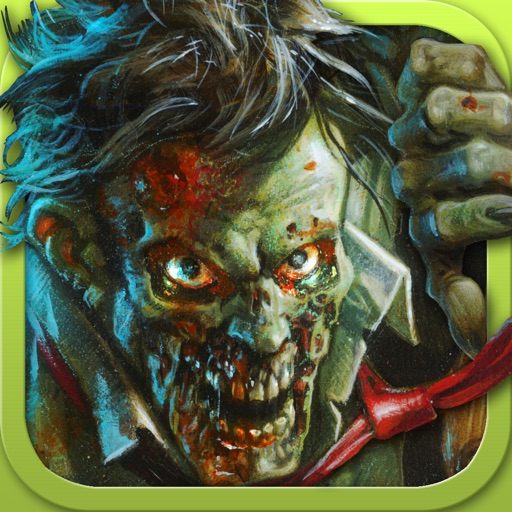 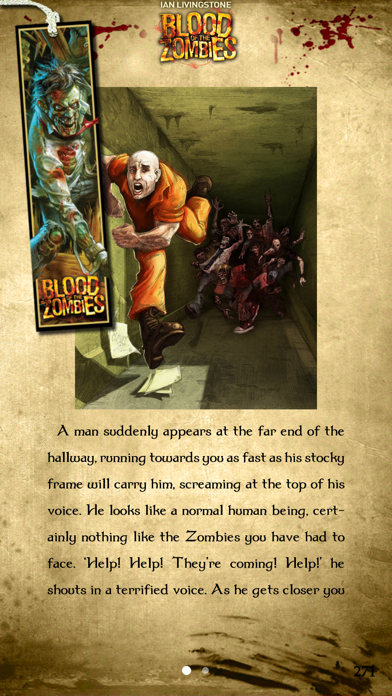 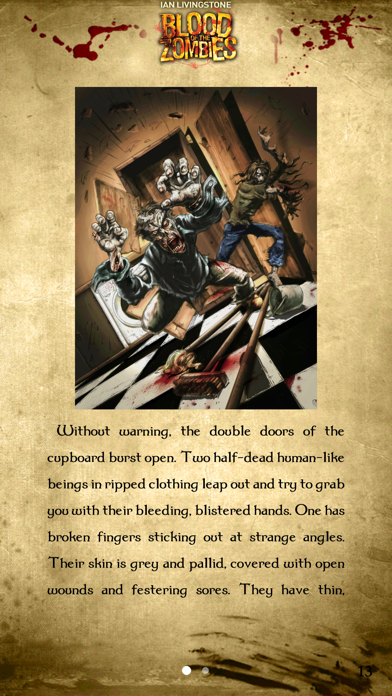 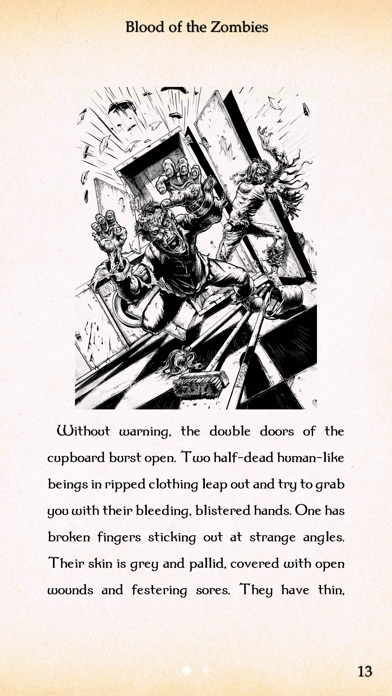 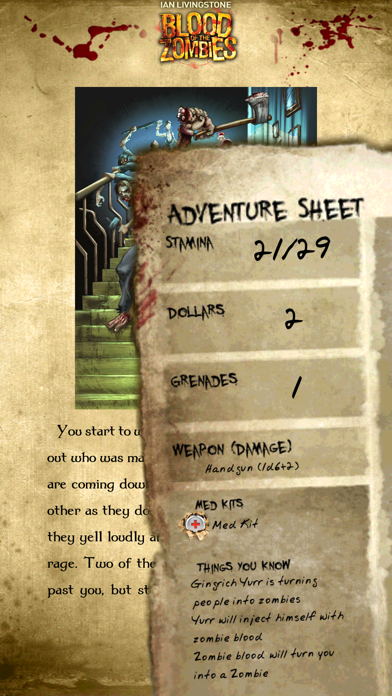 "Insane megalomaniac Gingrich Yurr is preparing to unleash an army of monstrous zombies upon the world. He must be stopped and his undead horde defeated. In this life-or-death adventure the decisions YOU make will decide the fate of the world. Can YOU survive or will YOU become a zombie too?"

“Blood of the Zombies is a hugely enjoyable, brilliantly presented, hilariously violent romp. If this is your first gamebook or your 30th, you’re going to have a whale of a time.” – POCKET GAMER - 9/10 - GOLD AWARD!

“…its speedy combat and inbuilt adversity make it a great candidate for the app treatment. A skilled app designer and an experienced author have collaborated and managed the rare feat of creating something greater than the sum of their individual talents.” - GAMEZEBO - 4.5/5

“Ultimately, fans of the old stories should enjoy Blood of the Zombies. It delivers an authentic Fighting Fantasy experience while updating the gameplay and style in its own way. ” – STARBURST - 8/10

“…for those looking for an interesting storyline and a delightful walk down memory lane, it’s a sterling effort and one that very much deserves its asking price. I’m already looking forward to other Fighting Fantasy/Tin Man Games collaborations.” – 148 APPS - 4.5/5 – EDITOR’S CHOICE!

“Beautifully presented, a little campy but oh-so-worth that walk down memory lane, Blood of the Zombies will not go amiss in your library of interactive iOS-based tales.” – TOUCH ARCADE - 4/5

Blood of the Zombies is a digital Fighting Fantasy gamebook, an interactive adventure in which YOU are the hero! You can only win through by choosing the correct path, finding equipment, avoiding traps and surviving combat.

Exclusive new features in the app:

• All new death endings, written by Ian Livingstone. Not available in the print book!
• Kevin Crossley’s amazing illustrations colorised for the app, making full use of the high-resolution retina displays.
• Alternate artwork to unlock by Fighting Fantasy favourite, Martin McKenna.
• Achievements to find throughout the gamebook with full Game Center connectivity.
• Make the gamebook as easy or hard as you like and even turn on a special cheat mode to read it old-school!
• An animated Greg Staples cover – the zombie comes to life!

• Universal iOS support. Buy the app once and it works on all your devices!
• Read the book horizontally or vertically on your iPad.
• An automated Adventure Sheet to keep track of stats and inventory.
• Realistic physics based dice rolling. Shake your iOS device!
• Artwork gallery. Find an illustration in the gamebook and be able to access it full-screen forever.
• Bookmarking system which saves your position in the gamebook, much like putting your fingers between the pages to remember your previous page when reading the paperback!
• Specially composed soundtrack and sound effects.

Tin Man Games have signed a licensing deal to release the Fighting Fantasy series on iOS, so expect to see more of your favourite adventure gamebooks appearing on the App Store!

Available Now: The Forest of Doom, Starship Traveller, Island of the Lizard King, Caverns of the Snow Witch, House of Hell and Bloodbones!
Coming Soon: The Warlock of Firetop Mountain!