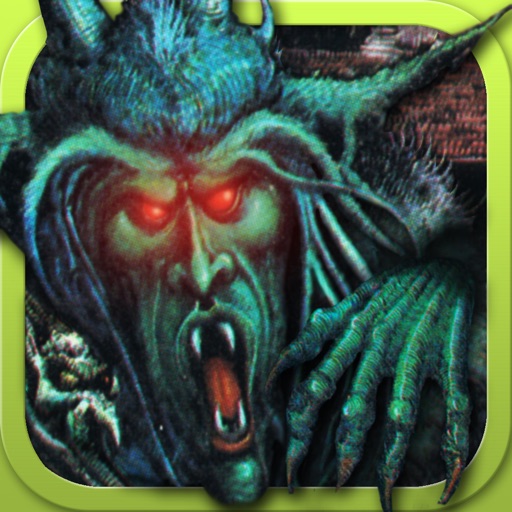 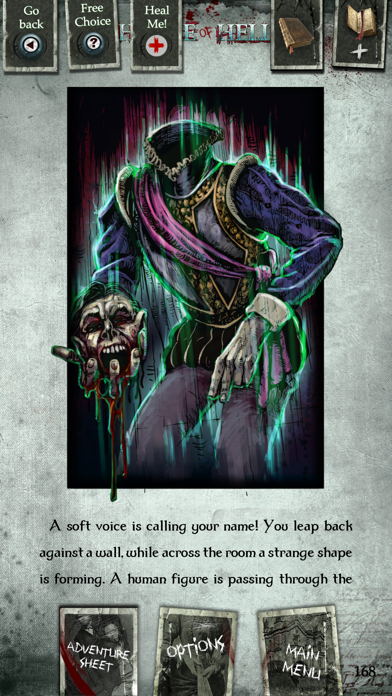 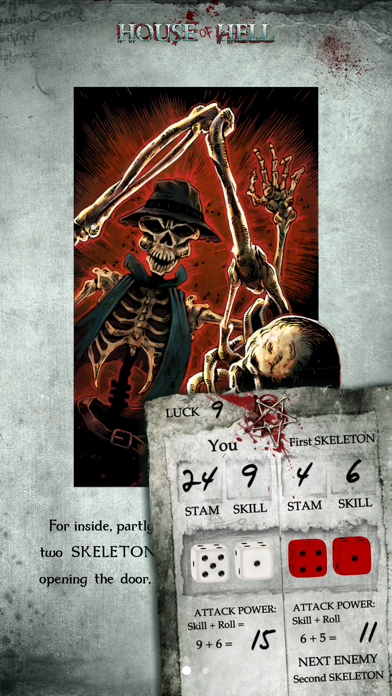 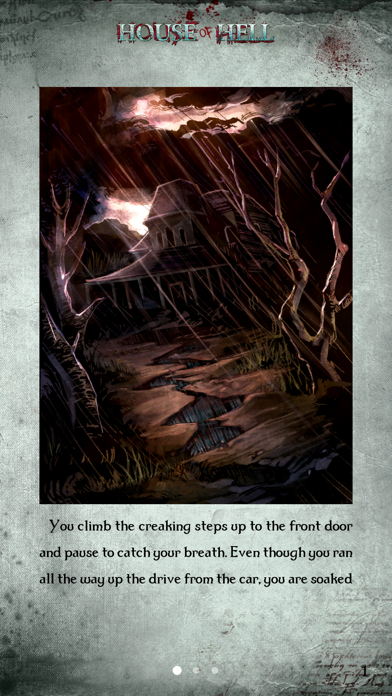 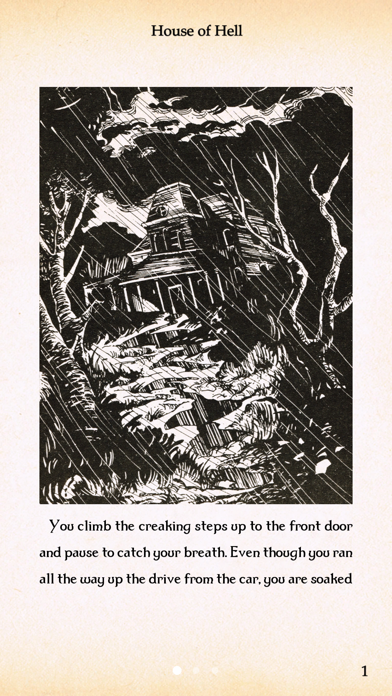 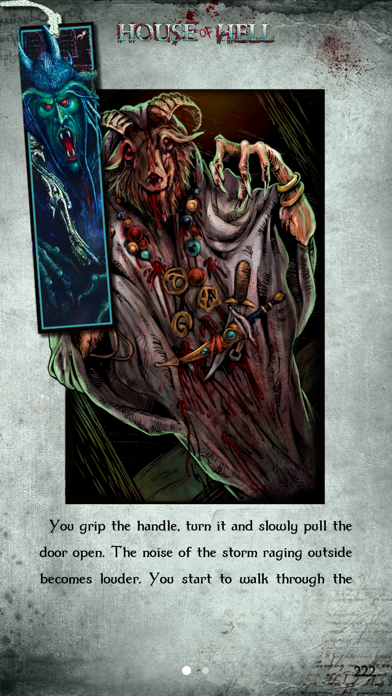 "Taking refuge in the infamous House of Hell has to be the worst mistake of your life! The dangers of the torrential storm outside are nothing compared to the blood-curdling adventures that await you inside. Who knows how many hapless wanderers like yourself have perished within its gruesome walls? Be warned! Tonight is going to be a night to remember..."

"This is a faithful port to an electronic format, and it is also packed with features. Old fans will love the nostalgia, and those who have never played this sort of thing before are in for a treat." - STARBURST - 9/10

"If you have any appreciation for choose-your-own adventure games, you’ll love this app. Fans of the original Fighting Fantasy series of books will absolutely love the iOS version." - PADGADGET - 4.5/5

"All the other hallmarks of the Tin Man treatment are also to be found in House of Hell, including an atmospheric soundtrack, good use of multimedia and smooth and easy usability." - GAMEZEBO - 4/5

"The extras, like the achievements, art gallery, background material, and the retro look, are features that the developer didn’t have to do, but went that extra mile." - BOARD GAME GEEK - 4/5

"House of Hell is very engaging; it manages to produce a compelling story that transcends the realm of young adult fantasy game books. It’s also a trip down memory lane for gamers who grew up reading the Fighting Fantasy paperback series. Here’s to Tin Man Games for a job well done." - PIXEL PERFECT GAMING - 5/5

House of Hell is a digital Fighting Fantasy gamebook, an interactive adventure in which YOU are the hero! You can only win through by choosing the correct path, finding equipment, avoiding traps and surviving combat.

Exclusive new features in the app:

• Make the gamebook as easy or hard as you like and even turn on a special cheat mode to read it old-school!
• Atmospheric new visuals which can be turned off to make the gamebook look like it came off the printing press in the 80s!
• Tim Sell’s classic illustrations colorised for the app, making full use of the high-resolution retina displays.
• Ian Miller's famous cover animated and brought to life.
• Fantastic new cover artwork to unlock!
• Achievements to find throughout the gamebook with full Game Center connectivity.

• Universal iOS support. Buy the app once and it works on all your devices!
• Read the book horizontally or vertically on your iPad.
• An automated Adventure Sheet to keep track of stats and inventory.
• Realistic physics based dice rolling. Shake your iPhone or iPad!
• Artwork gallery. Find an illustration in the gamebook and be able to access it full-screen forever.
• Bookmarking system which saves your position in the gamebook, much like putting your fingers between the pages to remember your previous page when reading the paperback!
• Specially composed soundtrack and sound effects.

Tin Man Games have signed a licensing deal to release the Fighting Fantasy series on iOS, so expect to see more of your favourite adventure gamebooks appearing on the App Store!

Also available: The Forest of Doom, Island of the Lizard King, Starship Traveller, Caverns of the Snow Witch and Bloodbones!
Coming Soon: The Warlock of Firetop Mountain!