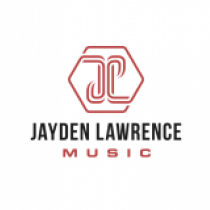 Earlier this year I participated in a kickstarter fundraiser titled "$99 Orchestra".
The nuts-n-bolts of the campaign are as follows: For $99, you reserve a 7-minute recording session with a 30-piece orchestra in Lisbon, Portugal.
You could pay higher amounts for longer recording sessions, but being on the budget that I am, I opted for the $99 option.

First off, a 30-piece orchestra is roughly half the size of a conventional symphonic orchestra, and about a THIRD the size of a hollywood orchestra (often ranging between 80 - 120 members), so I knew I wasn't going to get a 'big' sound.
I didn't have any material prepared for this ensemble so I wrote a new piece in a couple of days for this specific event.
I was inspired by the 100th anniversary of ANZAC , and thus titled the piece "Letter From A Soldier".
To me, the piece represents what the tone of a letter might have been like from a son to his mother, or husband to his wife from the battlefield. Putting on a 'brave face' and assuring their loved ones that everything is ok, and that they'll be back home soon (though sadly, this was not the case for most).

I have attached two audio files. The first is of the piece performed by the orchestra, warts-and-all. The other is my 'virtual rendition' - almost completely digitally produced using virtual instruments and software.
What do you think? Do you like the fullness of the 'samples' version?
Or do you prefer the "rawness" of the dry orchestra?

If you'd like to know more about the experience, or have any questions about orchestras, feel free to leave a comment or send me a PM. :)