The tsumea app is almost here! 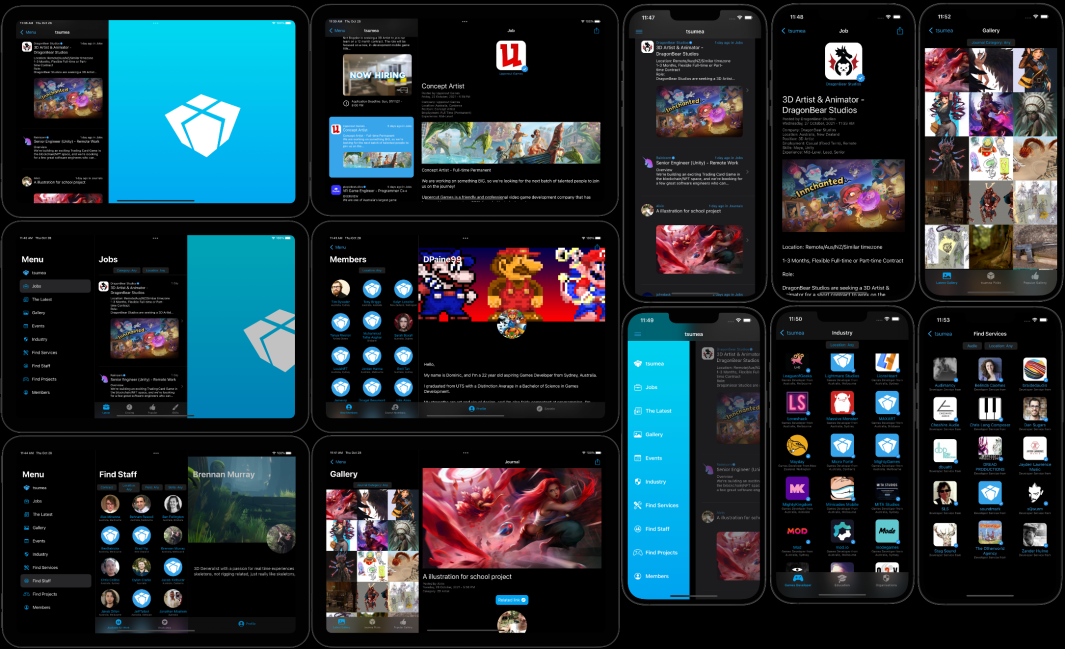 Earlier this year, we completed the mammoth task of migrating and rebuilding tsumea so that it was set on a new solid foundation that we could build upon. One of the things we were very keen to develop was the tsumea app and it very much required those foundations in place. It's nearly complete but I thought I'd post some preview images on how it looks on iPhone and iPad.

The tsumea app has certainly been long coming. We had a near finished app back in 2011, but it was shelved because it just felt too sluggish. It was built using a Javascript based framework which combined all the files into a web wrapper for iPhone, but using it was a bad experience and not a smooth, native experience that most users would expect. But hey, we had used Facebook and Twitter to help disseminate the jobs and posts from tsumea, so the need of a dedicated tsumea app wasn't as important. But then Facebook changed a bunch of things.

When we first starting posting our news onto Facebook over a decade ago, it was a great place for it. Our posts were seen in the hundreds to thousands, but over the last few years, those numbers have dropped substantially. Facebook has made an aggressive move to monetize the use of pages on their site, and so whenever we post jobs on FB, they are processed and automatically marked as jobs so that additional FB services can be peddled and views/exposure has to be paid for. When these posts are marked, they also allow users to send in their private C.V applications to the page owner, which is what we do not want since we're not the company hiring for that job, so they immediately get unmarked by us. When they get unmarked, Facebook strips out all the job's images and formatting and makes them really plain.

We would have been happy to stay dependent on Facebook had they not made our posts so much harder to be seen, but it did necessitate the need of a dedicated tsumea app. With our own app, we can do a whole lot more than depending on FB to do for us, so we plan on further developing it well in the future to make it even more useful.