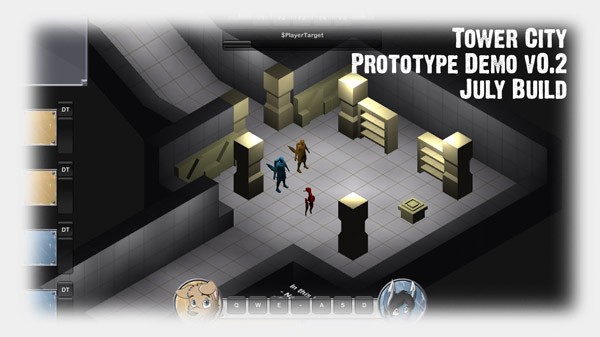 This month marks a smaller update to the Tower City prototype demo project. The main reason being that I was involved in a large house move and it took 3 weeks to get internet re-established in my new residence.

A few new features added to the build this month:

Our music composer has created a in-dungeon music composition so our game now has some sound to compliment the visuals.

I myself got started on the visuals of the GUI. Creating some solid and simple overlays. But the GUI system isn't functional yet.

Finally the path finding system that the monsters use has been improved substantially allowing for a smoother frame rate.

And that's about it from Tower City this month. A new playable version of the build can be found here: