Perfect is the enemy of good 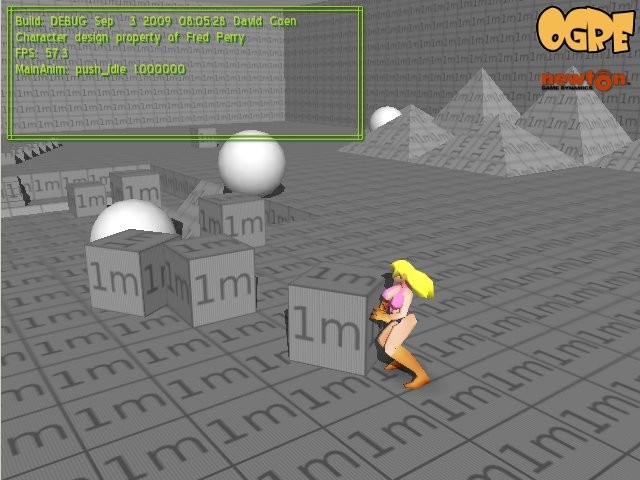 still working on the character movement prototype, adding a few animations and tweaking physics, currently adding push object state, have the jump animations with jump scalled by time the jump button is down, land animation scalled by time in air, and a different set of animation to blend with if the character is moving when they jump. Last blog update alread had mixing of the idle, walk and run animation on the character movement speed. Also fixed the animation blending to be a lot smoother, related to adding some debug text/ hud. Crazy to try and debug runtime visuals without text output.
Animation is a bit more difficult than i remember but starting to get use to doing things in prototype mode where you are are trying to focus on getting something done so you can see it in context rather then get something perfect and need to throw it away as it doesn't fit, thus the comment 'perfect is the enemy of good'. still frustrating to leave things at 80% but after redoing the idle/ walk/ run animation about 3 times it is time to move on, that is a good as i can get it for now, argh
added some soft blob shadows directly under the character to help guage depth. Fixed the animation.
still some tweaking of the physics for movement and step over to go, a generalisation of the player states, then may be up to the next prototype, the combat