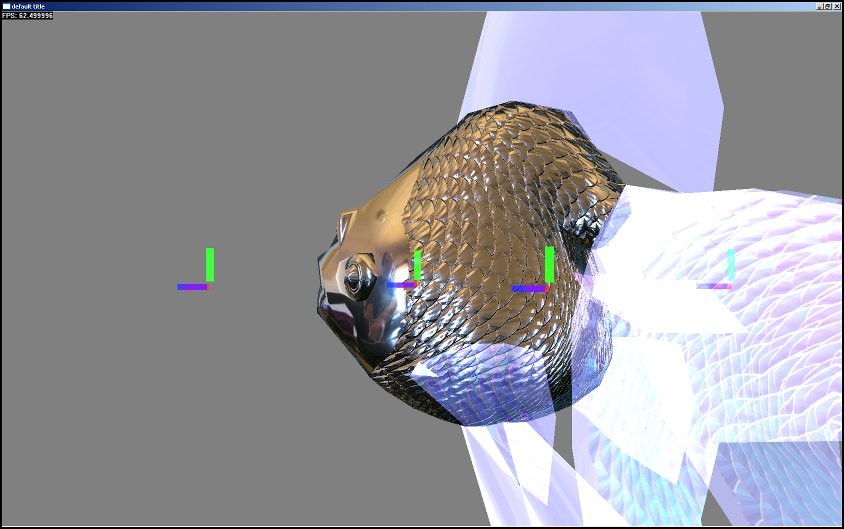 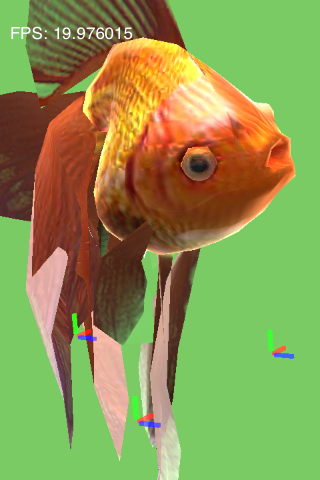 Took a break from programming to do some artwork, and kind of happy with the result of an afternoon mucking about with normal maps. possibly should learn mudbox or zbrush, but found a workflow that suits me, even if i get to swear about polygon limits on lightwave and 3ds file formats. i'm modelling the normal map and then rendering with blue, green and red lights.

recent programming tasks have been a max cloth modifier, which is prictured on the iphone, though the 20fps are mostly doing something silly with fragment shaders (i think) but made half of the fins totally controlled by cloth modifier, and thus they are hanging down, the other half just floats about

thankyou wiki for a +-3.5% square root approximation which is just a 2 shits and 2 adds (plus casts, which will probably be more expencive but i have no current way of getting instruction timing)

the chrome fish is on the pc, but same engine. the spherical environment map i'm using like a dual parabolic map. in this case the image source is a photo of a chrome sphere in my room, so from this angle i'm visible. reflection is in world space not screen space...