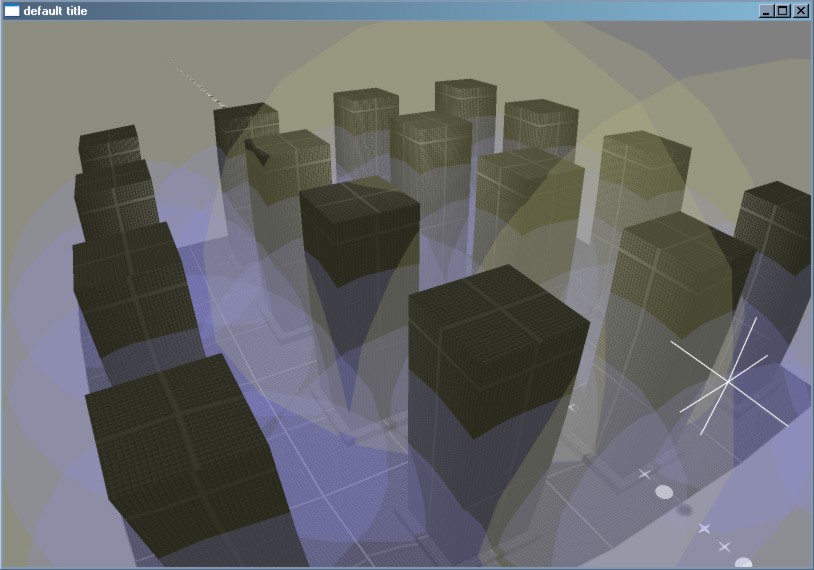 Have the visuals for the particle system and the collision objects loading and saving in the scene.

image is scene with sphere tree rendered, and several hundred particles in a line, and textures. (wanted to see the performance hit of moving so much vertex data around)

the texture alias code worked first try (pack 'n' textures onto giant texture to avoid swapping), the dynamic geometry did not, and ended up re-writing it twice, though it was occasionally pretty having the position of the particle being used for the colour.

next is the scene force system, and a scene 'game object' to drive the particle visuals, as well as some physics components for the particle movement and collision.