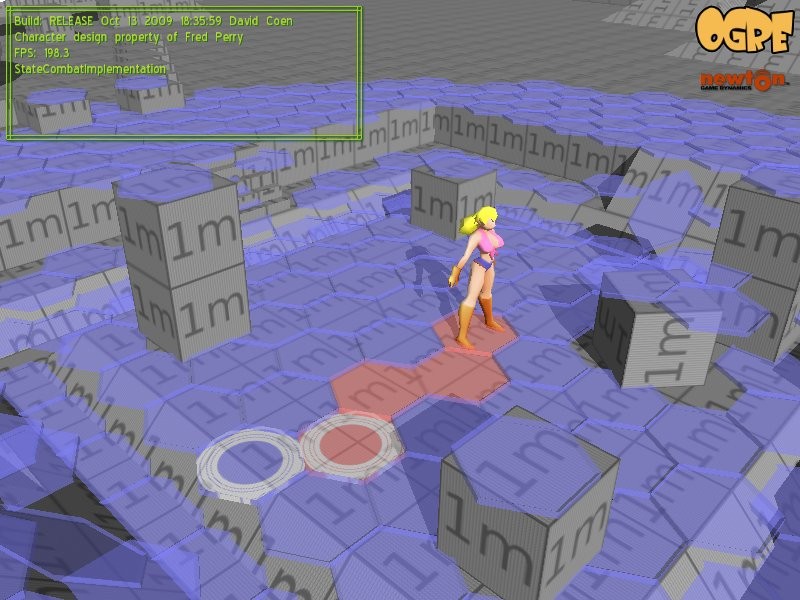 Nothing that exciting, still a bit to go before seeing game character fight, but the framework for the turnbased combat, and triggering it by walking around in the world, and then generate a hex grid over the current location is slowly progressing.
Still spent a lot of time since last update on the menu, and a grid widgit (wanted listboxes/ checkmark listboxes)
Also spent some time poking through the guts of the Ogre render engine to get it to accept skew matrixs (wanted the combat grid to skew over diagonal terrain) however after doing this, didn't like the asethetic and reverted to putting most of the hex grid flat, and not cut up into triangles.
..still waiting for build to take screen shot...
newton was surprisingly broken for getting triggers to work, though that may be better expressed in me not completly understanding their material and shapeID system.
Also had another go at improving the general player movement
The game updates have been moved to a task manager which was causing some unnnessary jitta to camera- player tracking (fixed) and did some changes to the ogre engine so that particles would not update while the game was paused (argh, i own the tick, not some random hidden systems listening to frame updates) this also broke material animations, but the menus look better without everything moving so i haven't fixed it yet
Improved menu transitions (fades) and the newgame difficulty select now works
...yay, build done....

Looks solid. How are you

Looks solid.
How are you doing the hex height on what appears to be world soup?

We should do a catchup or perhaps I can persuade you to join in the study nights nick and I are running.