problem with showing the progress with something from the begining, is, well, there is nothing much done yet 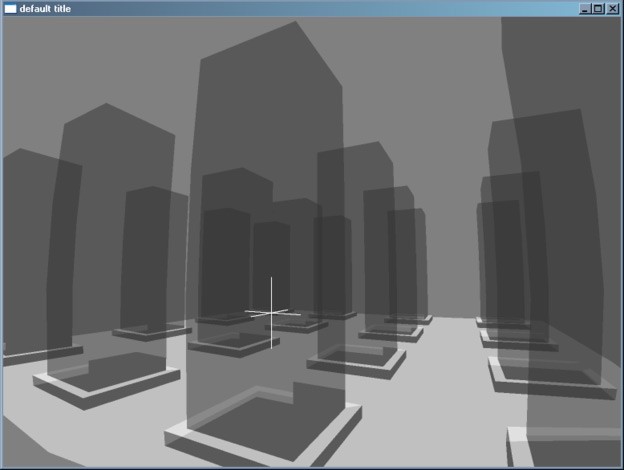 well, missed a week (was going to do weekly updates of progress) this was due to travel, sickness, and most of the work being non-visual.

the image is a screen shot on the start of a 'world viewer' application, loads scene and renders (opengl still, but putting in provisions to have multiple renders of different types off a scene database)

Wanted to get collision/ dynamic systems in next, then game objects (items under animation or user control etc) perhaps by end of month? then need to look at writing an exporter so can actually have some interesting visual data (one lathed column object was enough to generate in code and save out, instanced by the scene several times but, gosh darn it, exporters/ translators are not that difficult, just not done yet)