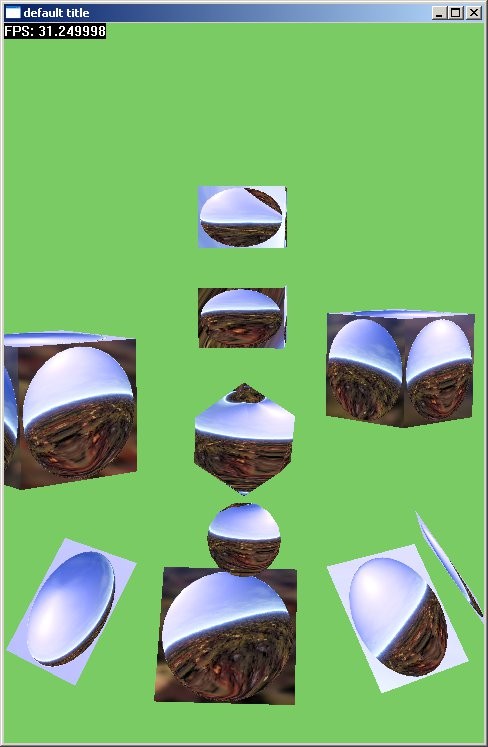 well, that is a way to spend my time.
had another go at asset pipeline, using what i had learnt over the last few months and getting the information to the engine for the shaders, as well as preserving non shader rendering.

excitement included getting a workflow to make plugins for 'gimp' (what can i say, wanted my own 'normalise' and 'height map to normal map' plugins.

got antialising of sorts on the iphone (cough, rendering to a larger than screen layer since the iOS collects application display to a texture before it displays it, couldn't see an easy way to get to the screen memory)

also got shaders working, both on win32 (where i prefer to work) and on iPhone. the first post image is win32 (note. window is larger than iPhone 320x480) then next two are from iPhone, with x1.5 screen size and x2 screen size for antialising.

will have to spend some more time on the shaders, seems opengles has different math accuracy/ behaviour than pc opengl.

new pipeline is new file format, exports and translators. the file format is now much closer to an image of memory for runtime data, and another pass of my own build system. sick of fiddling around with scons, but writing my own build system may not have been a good way to save time, but can have better control of dependancies which gets to be a pain when building art.