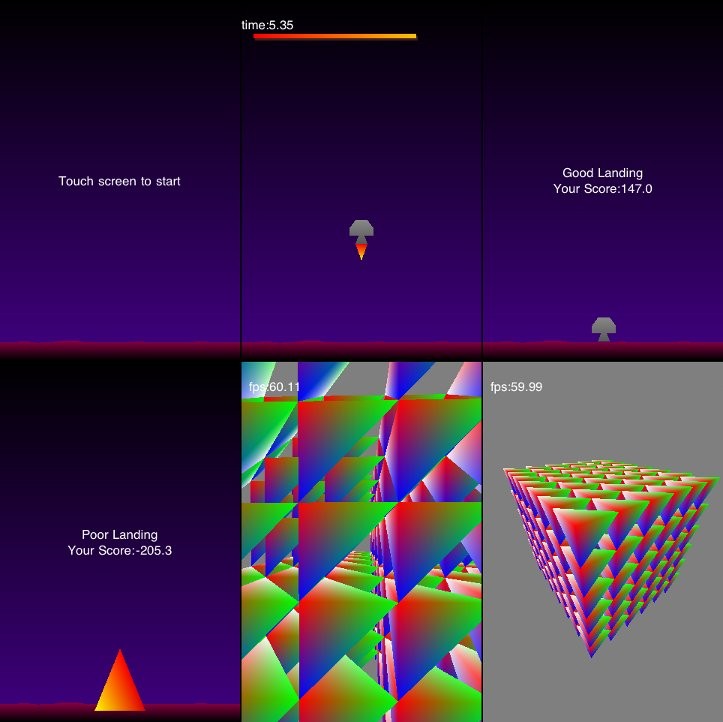 well, got a simple 'game in a day'* project done and running on iphone, lunalander, using the angle the iphone s held at to control thrust, screen space openGl and reponding to touch events to trigger state changes.

the other funky screen shots are from the start of a model viewer (touch screen to move camera, handset angle held to control camera direction) and performance testbed. 256 objects with 12 vertex each can be rendered at 60fps. currently looking at the game engine 'ogre' iphone port before i continue work on my own engine (as it is quicker to use other's code, and now have a metric for performance) though getting ogre to build is proving to be problamatic.

*for a programmer, 1 day of work may be several, in this case 3, days on the calandar, as tasks not releated to programming, such as setting up hardware, software or housework get in the way